Are You Entitled To Workers' Comp Even If The Accident Is Your Fault?

Can you still receive workers' compensation if the accident was your fault? Most of the time, yes. While there are some limits, you're usually still entitled to benefits even if you somehow caused your own accident. If your employer is telling you otherwise, this is what you need to know.

Workers' comp is generally considered to be a "no-fault" system—workers don't have to prove that the employer was somehow negligent or "at fault" for the accident and the employer agrees to pay for the workplace injuries. This keeps a lot of claims from clogging up the court system—in reality, many accidents probably result from a combination of errors on the part of both management and staff, while others are just plain bad luck or poor timing. By dropping the issue out of the equation, a lot less has to be argued about in court.

2.) When they are, it's usually because of purposeful actions.

Employees can't expect employers to cover them, however, if they do something to purposefully injure themselves—which is how workers' comp essentially views injuries that result from actions like horseplay and fighting. Similarly, if you were drunk or high while on the job and that led to your injury, you may not be covered under your state's workers' compensation laws.

3.) Your employer cannot legally stop you from filing a claim.

An employer might tell you that you aren't covered under workers' comp because the accident was your fault. For example, maybe you forgot to run a safety check on a piece of machinery before you used it or took your eyes off what you were doing at just the wrong moment. Maybe you just didn't see the sign warning you that the floor was wet before you slipped and fell. However, the insurer, not your employer, makes the final decision. Employers want to keep costs down, and every workers' comp claim ultimately affects the company's bottom line. Keep that in mind before you accept your employer's word for it that you aren't entitled.

4.) Some cases get denied more than others.

If your claim gets denied and you suspect that there was some unfair bias against you, you may be right. A study on workers' comp claims in Minnesota, for example, found that denials increase with employee age. The older an employee is, the more likely that an employer is going to try to say that the medical problems you're suffering from are age-related, not work-related. If you've had a claim before, that also reduces your chances of being approved. You may be seen as someone that is trying to "milk" the system. Additionally, some insurers have a higher rate of denials than others—which suggests that they are using unfair standards in their evaluations.

If your employer is making it difficult for you to file a workers' comp claim or you get a quick denial that seems unfair, talk to an attorney, like Franco Law Firm, about your case. A workers' compensation lawyer can help you navigate the process and protect your right to benefits, despite employer opposition. 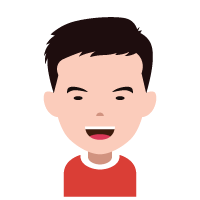